Since our beginning, Wiese & Sons has been and continues to be family owned and operated. While each of us here on the ranch may specialize in a specific department, it takes a team effort to make our dream a reality. One of the most critical parts of our business is establishing trust with our customers to ensure they not only believe in our program initially but have the desire to return in the future. It's what our operation was built upon and is why we want to provide you a better understanding as to who we are and what we do. 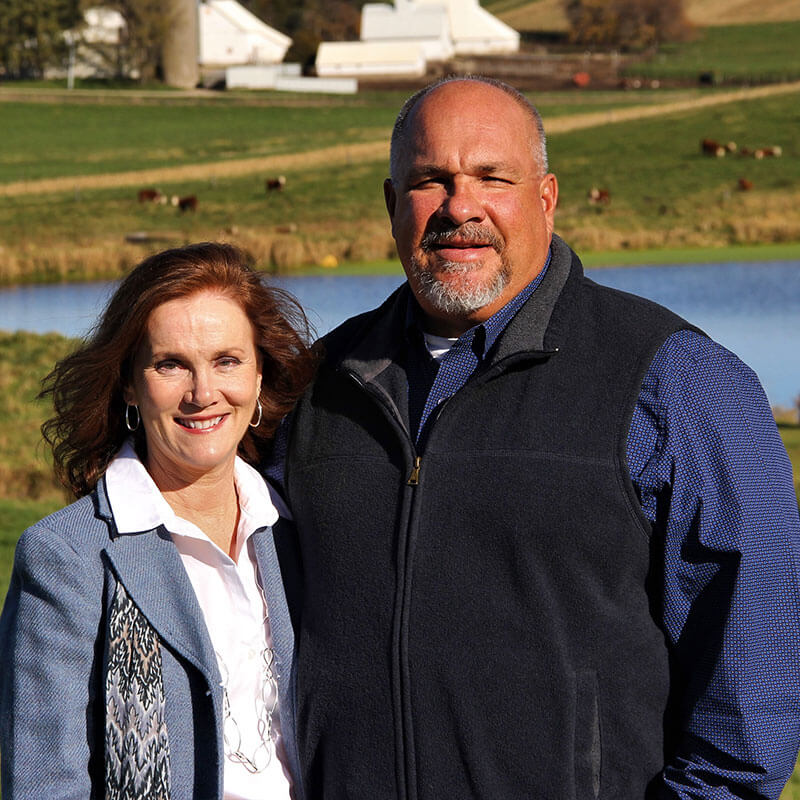 Dave is the fourth generation to be a part of the Hereford tradition here at Wiese & Sons. Following graduation from Iowa State University in 1982, he opted to return home and progress much of the operation to what it is today. Over the years, Dave exhibited livestock throughout the United States. It wasn't until 1985 at the Fort Worth Stock Show that Dave met Diana and were eventually wed in the summer of 1990. They've since gone on to have three children Chance, Shayne, and Trey all who've become a part of the operation in some manner. Today they've begun to travel the world and are still very active in the operation today.

Chance was the first of the fifth generation to join the operation following graduation from Iowa State University in 2015. During his time at ISU, Chance was heavily active in Greek Community and it was there he met his future wife Kelsey who were wed in the Summer of 2018. Chance has taken control of much of the record keeping and marketing at the operation and Kelsey serves as a career advisor at Denison Job Core. When they're not spending time on the farm or with their Golden Retriever, Navy, you'll find them in Ames, IA cheering on the Iowa State Cyclones every Football Saturday. 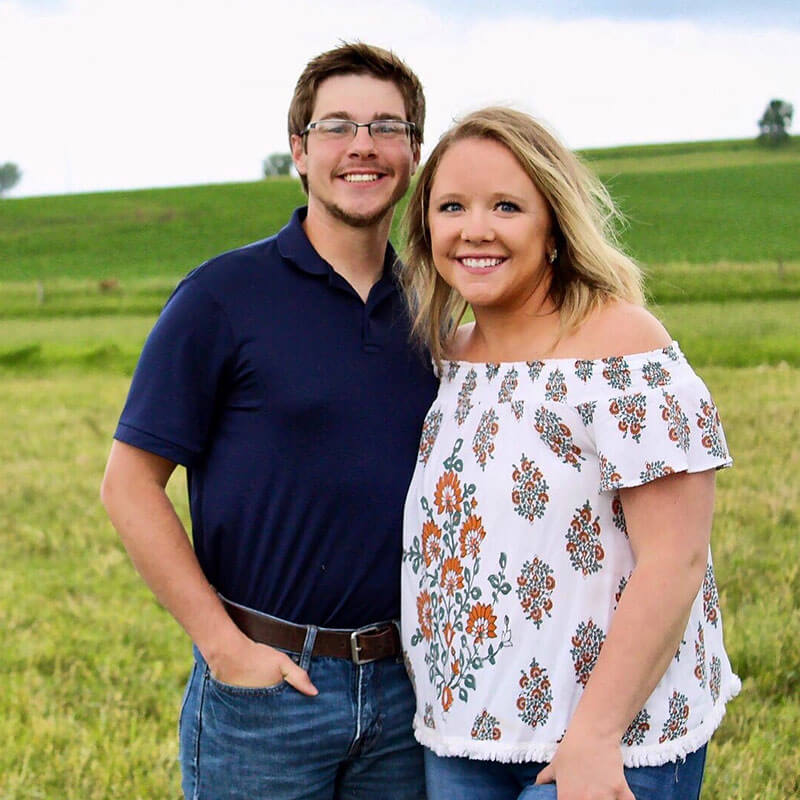 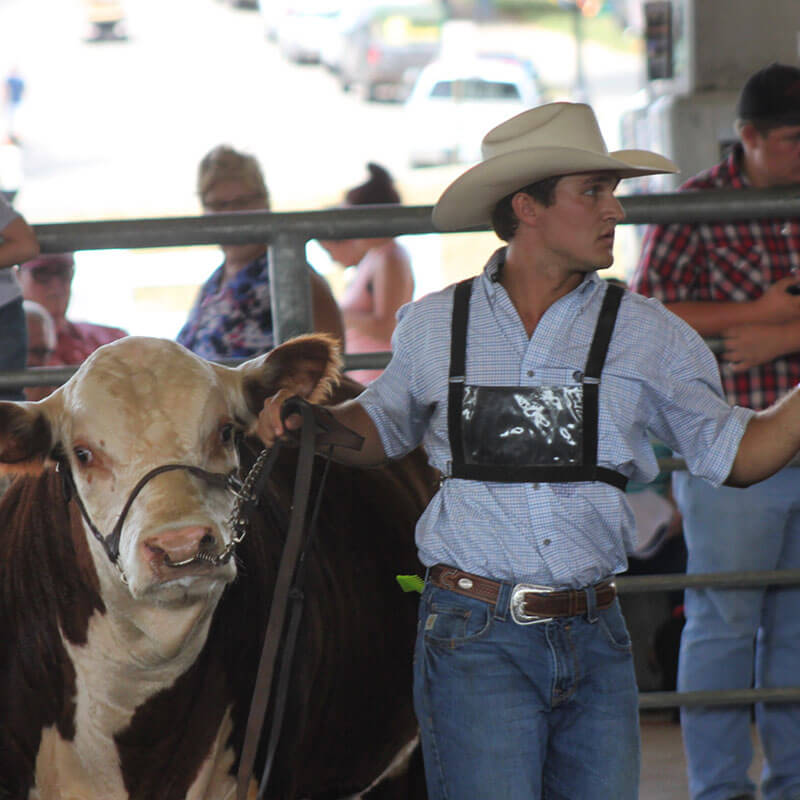 Following in the very similar footstep of his older brother, Shayne graduated from Iowa State University in 2017 and immediately returned to the operation. During his tenure at ISU, Shayne enjoyed competing at the national level on the collegiate livestock judging team and has judged various shows throughout the United States. Today Shayne spends much of his time evaluating the genetics, developing breeding plans and caring for the livestock here on the operation. When he gets a chance to break away from the ranch Shayne enjoys spending time with his girlfriend Katie and attending various livestock shows.

Trey is the third and final of the three Wiese brothers to graduate from Iowa State University in 2019. Following graduation he opted to take a sales position with Performance Livestock Analytics. He works hands on with cattle producers implementing new feeding technologies into their programs to help them maximize profits and reduce inputs. Though he spends much of his time on the road, in his free time he does enjoying helping on the ranch when time allows. 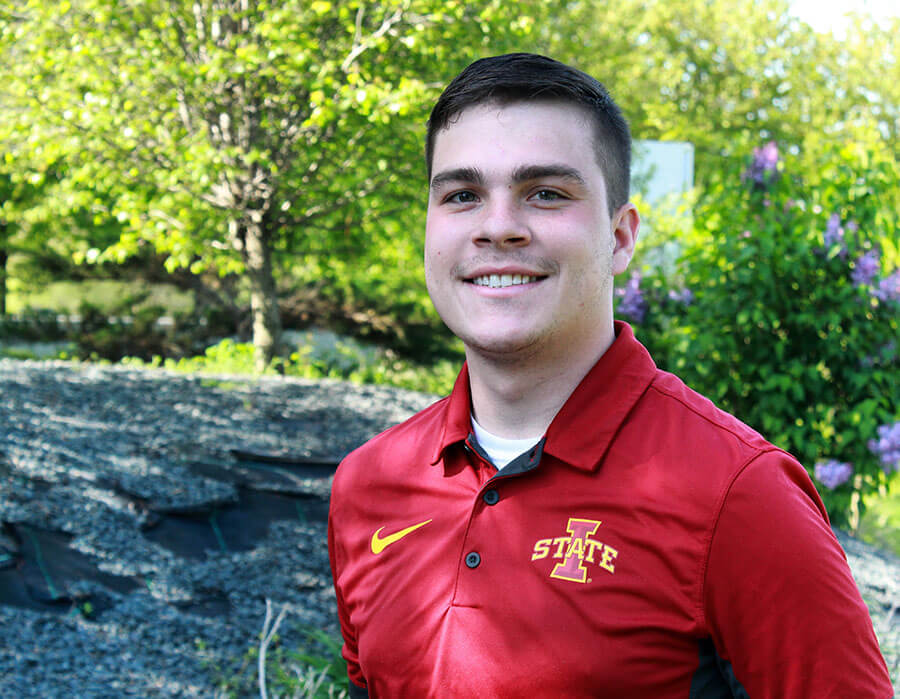